It was in the context of the "Erasmus+" exchange programme, which this international community promotes to support education, youth and sport. 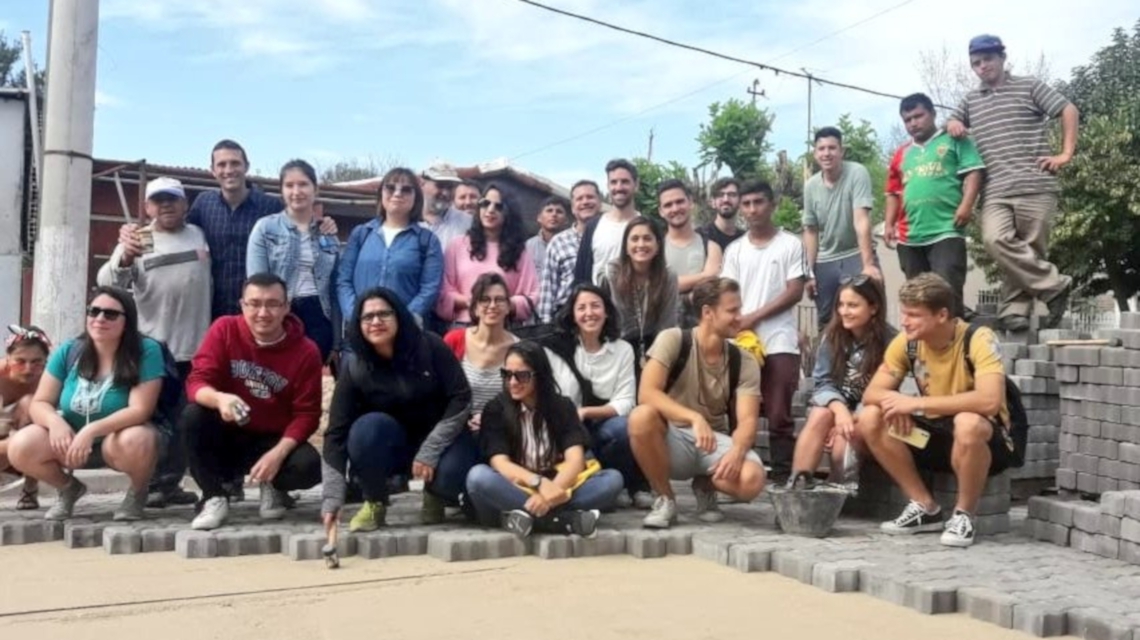 The provincial government, together with the Argentine Network of Municipalities Against Climate Change, received 10 young members of the European Union (EU) "Erasmus+" programme, which toured the Social Enterprises of the ABRE Plan in different neighbourhoods of the cities of Rosario, Pérez and Villa Gobernador Gálvez.

The Minister of Social Development, Jorge Alvarez, stated that the objective was to know the projects of young people who, after training and re-inserting themselves into their social environment, made their approach to the world of work and plan their future".

"In these difficult times for our Argentina, knowing that the social policies of the government of the province can reach spaces such as those of the European Union and be assessed so positively, encourages us to go down the path of guaranteeing rights and transform the reality of our young people," Alvarez said and added, "We need to expand the ABRE Plan to the whole country, with the commitment from all levels of state."

ACTIVITIES
The 10 young people from the EU delegation from Lithuania, Kazakhstan and India visited the articulated concrete factory in Pérez; the production and training center in Parada Oeste, where tiles are produced; the Productora Sur, which provides audiovisual services; and the agroecological farm La Rosarina Linda, in Rosario.

During the day, young hosts and visitors exchanged experiences to replicate and improve their projects in their places of origin.

The activity was also attended by the Undersecretary of the Abre Plan, Cecilia Mijich; and the Head of Institutional Relations of the Argentine Network of Municipalities Against Climate Change, Nicolás Caravaca, together with members of the Entre Rios Eco Club.

THE VISITOR’S EXPERIENCES
Mai and Leila, from Kazakhstan, identified many similarities with the crops in their country and emphasized, “Here, young people are setting up great projects with simple things and a lot of commitment. The vegetable garden reflects a great teamwork," they said.

"From simple things they were able to work on the reality, accompanying young people to that step from which they can project their life. We want to take this example to propose it in our country," the visitors said.

Paulo from Lithuania remarked, “The Abre Plan is inspiring, a program that allows young people not only to produce something but also to have hope and work in a good environment." In addition, he proposed to the local youth to start working on digital catalogues to show their products and services.

SOCIAL ENTERPRISES
The provincial government promotes productive spaces so that young people who trained in trades have their approach to the world of work. These production spaces provide the tools for economic independence and social inclusion, through articulated work between the State, organizations and companies.

Social enterprises are an outperforming opportunity to train thousands of young people across the province. More than 300 young people are already part of these spaces where they can reflect what they have learned and begin their approach to the world of work," Alvarez recalled.

Meanwhile, Mijich, emphasized "the articulation of the ministries of Labour and Social Security and Social Development, through the Acercarse and Nexo Oportunidad programs, which provide the regulatory framework to consolidate the 20 social enterprises operating in Rosario, Santa Fe, Pérez and Villa Gobernador Gálvez."

"ERASMUS+"
It is an EU programme to support education, training, youth and sport in Europe. Its budget of 14.7 billion euros gives more than 4 million Europeans the opportunity to study, train and gain experience abroad.